Plastic, Metal, Ceramic Hips – Oh My, What to do?

Total hip arthroplasty is one of the most rewarding surgical procedures offered to patients at the present time. Over 300,000 total hip arthroplasties are performed in the U.S. annually. There has been an active campaign by various physicians and orthopaedic companies bombarding the media with various opinions regarding total hip components and even worse, suggesting what surgical procedures are appropriate to patients.

While it is now definite that total hip arthroplasty can be performed through smaller incisions, thus creating less pain and decreasing recovery time, what has become more confusing is “which of the various prostheses are indicated for an individual patient”.

In order to understand the situation, think of the total hip as a modular system. The modular system consists of a shell, which is inserted into the pelvis, a stem that is inserted into the upper femur, an insert that goes into the shell, and a head that goes onto the stem. Now, believe it or not, when it comes to the shell and the femoral component (stem), there is little disagreement over the fact that these components can be placed with or without cement and work well. The issue becomes what to do with the bearing surface. The bearing surface simply is the ball and the insert that move on each other. This does not include the stem and the shell. When it comes to the bearing surface, we know that with time, any bearing surface will wear out. The question therefore, becomes which bearing surface is appropriate to which individual so that the individual has a chance for one operation to last a lifetime. So let’s start with the basics.

A conventional polyethylene on metal total hip arthroplasty from the 1970’s would have an average longevity of 12-15 years. If we introduce the new polyethylene coupled with a metal femoral head, there is a 90% decrease in the wear of the polyethylene, thus, theoretically, the longevity should be increased by as much as 90%. Therefore, we now have a prosthesis with a bearing surface that should last somewhere in the neighbourhood of 20 years or more. Now, if we use a ceramic femoral head coupled with the new generation polyehtylene, the wear is even better and although there are no solid statistics available, it stands to reason that this bearing surface should last in excess of 20 years and probably 25 years. When we deal with a patient whose demand is higher than this, we have ceramic-on-ceramic bearing surface which wears 200 times less than a conventional total hip, which means it should last 200 times longer than 15 years. Do the math. In other words, it should last anybody’s lifetime.!

The bottom line is this: The prosthesis that is recommended to an individual must be recommended on the basis of the patient’s life expectance, activity level, and bone quality. When choosing the appropriate prosthesis, not only do we have to consider the patient, but we have to consider the cost to society. Like it or not, the choice of the prosthesis is now gradually becoming dictated by insurance carriers and hospitals. Throughout the country as I present lecture series on ceramic prostheses, I am constantly informed about the difficulty other orthopaedic surgeons are having trying to choose which prosthesis is indicated based on what hospital and insurance carriers offer them.

The universal concern is that the more expensive prostheses will not be available to the patient regardless of their total life expectancy and activity level. To give you an example, a standard cemented generic total hip would run approximately $2000.00, while a ceramic-on-ceramic, non-cemented hip would run approximately $6800.00. Remember the hospitals are reimbursed approximately $11,000.00 for total hip arthroplasty which includes all costs (obviously including the prosthesis), therefore there is a disincentive to use more expensive prostheses.

Fortunately, the Boca Raton Community Hospital, Delray Medical Center, and Bethesda Memorial Hospital still value patient care and allow the orthopaedic surgeons to choose the appropriate components for a given individual patient. The luxury may not last forever and is based on mutual trust between the hospital and physician making sure that the components are chosen in an intelligent and scientific manner.

As a final thought, I believe that the patient should remember that simply because a prosthesis may last many years beyond their expected life expectancy, that this may not be cost effective, and simply may not be indicated for them. With technology as it is today, choosing the appropriate components is not difficult and should simply be a matter of common sense. 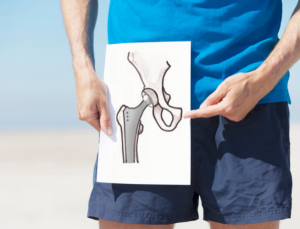 What NOT to do After a Hip Replacement 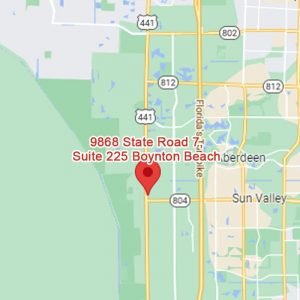 How can I cure my joint pain?