IS MINIMALLY INVASIVE HIP SURGERY NEW? ONLY FOR THOSE WHO HAVE NOT DONE IT BEFORE.

Recently, I have been bombarded by questions from patients regarding the “new minimally invasive surgery”. Patients have brought in articles from various newspapers and magazines regarding the new surgical procedure. The new surgical procedure is being hyped by some as a revolutionary procedure which provides the patient with minimal pain, a shorter hospitalization, and better outcomes. Others have been cautious to report that statistics have not been clear in establishing the relative advantages of minimally invasive surgery compared to standard surgical techniques and total hip arthroplasty.

Let’s start with the facts. Twenty years ago, when I was a Fellow at the University of Southern California, I had as my professors, three then-famous, hip surgeons. All three severely criticized me at that point because I was trying to proceed with a surgical approach to minimize the standard 12-inch incision to 6 inches. I was told at that time that this did not allow proper visualization of the hip and, therefore, was inappropriate. At the same time throughout the country, several separate institutions were experimenting with surgical procedures as small as 3-1/2 inches and, in one case, two separate incisions of approximately 2-1/2 to 3 inches. These procedures were performed regularly on patients who qualified for the procedure. The qualifications then were essentially thin patients with no significant subcutaneous fat surrounding their buttock and upper thigh, good bone stock, and relatively young. The procedures were, without question, successful with no higher complication rates than that noted with standard total hip arthroplasties. The problem was that even with the performance of the limited surgeries, the total hospitalization and recuperation was the same as when compared to a traditional total hip arthroplasty.

Over the course of the years, more and more surgeons have concentrated on limiting the surgical approach so that less trauma would be sustained by the soft tissue surrounding the joint. The theory is obvious in that the less soft tissue trauma, the less pain the patient would sustain, and the less bleeding and other complications. The problem once again was even though this appeared to be sound theoretically, it was never proven to be statistically significant in the reduction of the patient’s overall rehabilitation. Lately, there has been a dramatic publicity campaign regarding the “new minimally invasive surgery” utilizing two incisions. The surgeon that has been the biggest proponent has published a series of fifty cases. In these fifty cases, he has listed the patient’s satisfaction rate to virtually 100% with patients discharged within 24 hours. The problem is that prior to these fifty cases, there was a significant complication rate that has not been reported and this entails fractures, malposition, dislocations, and other common complications with total joint arthroplasty. The statistics, therefore, are totally misleading to the public and the widespread publication of this procedure has been universally criticized amongst joint replacement surgeons in the United States.

Now, don’t get me wrong because I started this article by telling you that I was a proponent of minimally invasive surgery over twenty years ago. To this date, I still am and will still continue to perform minimally invasive surgery. The truth in the matter is that minimally invasive surgery, if performed correctly, does indeed have significant benefits to the patient. Since I participate in a rehabilitation program at the Pinecrest Rehabilitation Center (owned by Tenet Corporation), I am able to compare our statistics to the national average. We have proven without any shadow of doubt that our patients do better than the national average. In fact, our patients perform one standard deviation better than the national average. The results have been so astounding, that the CEO of Tenet has come to Florida to try to find out why our patients do so well. I am convinced that the patients do so well because our surgical time on average is 45 minutes, our blood loss is less than half the national average, we mobilize the patients immediately, and have perfected soft tissue techniques that minimize the trauma to the tissues surrounding the hip. When all of these factors are considered, the 4-inch incisions, or less, that we are currently utilizing have definitely improved the immediate postoperative recovery.

Now the next question is, at what point should the patients be discharged from the hospital? It is well known that on postoperative day No. 3, the highest number of complications occur. On this day, there are higher incidences of pulmonary emboli and cardiovascular complications. The question, therefore, becomes, should the patients be allowed to go home as early as postoperative day 3 or earlier? Now, we have to compare apples to apples and oranges to oranges. You cannot compare a 50-year-old, healthy male with an isolated, arthritic hip and no significant medical problems to our average 70-year-old population in Palm Beach County. To do so is totally misleading. Even our 40- and 50-year-old patients are not allowed to leave the hospital within the first three days. These patients are able to walk and function independently, but sound medical sense dictates they should not go home at that point. In our average 70-year-old population, we are mobilizing the patients immediately. The patients are walking earlier. They are able to walk by day 1 and day 2. But even so, we know that by sending them for a short-term course of rehabilitation, their immediate perioperative period has less complications, they return to their normal activities quicker, and they are monitored in a safe and effective fashion.

It should also be noted that while it is easy to say that minimally invasive surgery is the current trend, it is not something that is suited for everybody. Total body weight is not the major factor in determining whether or not patients can undergo a small incision. The size of their bone and the thickness of the subcutaneous fat and underlying muscle must all be determined so that no undue trauma will be imparted to the soft tissues in an attempt to make the skin incision look smaller. It also should be noted that minimally invasive surgery is a technically demanding operation. It should not be performed by the occasional hip surgeon, but rather experienced hip surgeons with an experienced team assisting them. As my patients know, my team consists of myself, two nurses and a physician’s assistant who operate on all patients together. Without the aid of these assistants, performing minimally invasive surgery would not only be more difficult, it would be more traumatic to the patients, add on to the surgical time, and most likely have an adverse effect on the excellent results that we are now seeing. 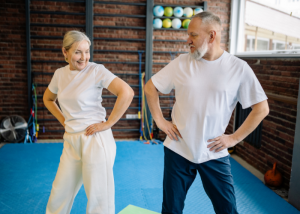 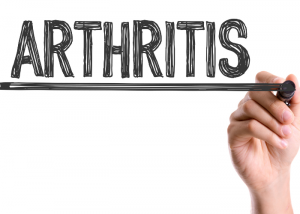 What are the Options for Arthritis of the Hip? 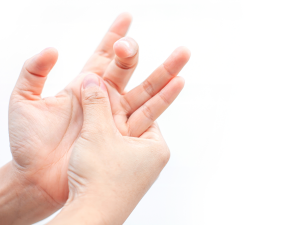 Do You Have Trigger Finger? Here’s What You Need to Know