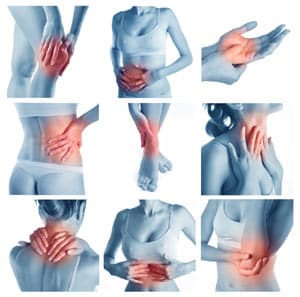 Orthopaedic Surgery Associates is a practice providing comprehensive evaluation, meaning that, before establishing a diagnosis, our doctors take into consideration many different factors, including the full medical history of the patient. Our orthopedic surgeons in Boca Raton and Boynton Beach – as well as our other doctors and therapeutic staff – also conduct a variety of diagnostic procedures (such as X-rays, MRIs, ultrasound, among others) which help establish the right diagnosis and implement effective treatment.

Diagnostic imaging techniques are used by doctors to look inside your body for clues about a medical condition without having to make an incision. Different machines and techniques can create pictures of the structures and activities inside your body. This helps your doctor diagnose, monitor, and treat many medical conditions. The type of imaging your doctor uses depends on your symptoms and the part of your body being examined.

What is an X-ray?

X-rays are a type of radiation called electromagnetic waves. X-ray imaging creates pictures of the inside of your body. The images show the parts of your body in different shades of black and white. This is because different tissues absorb different amounts of radiation. Calcium in bones absorbs x-rays the most, so bones look white. Fat and other soft tissues absorb less, and look gray. Air absorbs the least, so lungs for example, look black.

An X-ray may be performed for many reasons, such as:

People are often concerned about being exposed to radiation during an X-ray. However, the part of your body being examined will only be exposed to a low level of radiation for a fraction of a second. X-rays use small amounts of radiation to create images of your body. The level of radiation exposure is considered safe for most adults, but not for a developing baby. If you are pregnant or believe you could be pregnant, tell your doctor before you have an X-ray. They may suggest a different imaging method, such as an MRI.

Are all X-rays the same?

Digital radiography is a form of X-ray imaging, where digital X-ray sensors are used instead of traditional photographic film. Advantages include:

What is an ultrasound?

Diagnostic ultrasound, also called sonography or diagnostic medical sonography, is an imaging method that uses high-frequency sound waves to produce images of structures within your body. Ultrasound scans can be used for either diagnosis or treatment (therapeutic procedures). They may also be useful for a surgeon as for guidance during procedures that require intervention, such as biopsies. In sports medicine, ultrasound is mainly useful for diagnostic purposes. Ultrasound can be used to look for fluid around or within a structure as an indication of inflammation, tendonitis, or bursitis. This concept can be applied to most muscles, tendons, and bursa throughout the body.

Ultrasounds are considered to be 100% safe. There’s no evidence that scans are harmful, if used according to the guidelines. In fact, ultrasound scans have been even used in pregnancy for decades.

Which are the benefits of an ultrasound?

In addition to X-rays and ultrasound, several other diagnostic procedures can be conducted, such as MRIs, plus of course a full patient evaluation and history.

Contact us to find out more about comprehensive evaluation and testing procedures at our Boca Raton and Boynton Beach locations.